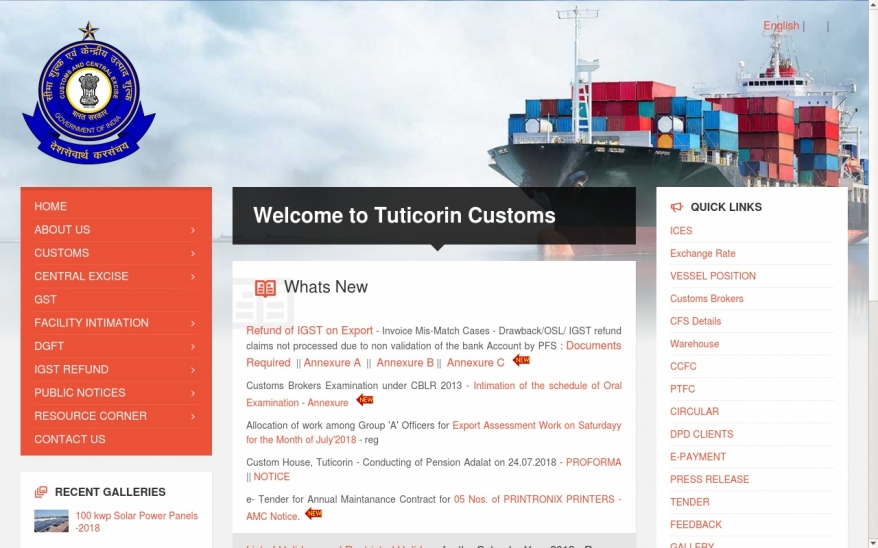 Tuticorin is one of the Port City of South India, situated 600 kms south west of Chennai and 135 kms from Madurai in the State of Tamilnadu. Tuticorin rose to eminence due to a well-guarded and natural harbour in the 15th Century. The Portuguese were the first to arrive in 1532. The peaceful and lucrative trade enjoyed by the Portuguese evoked the jealousy of the Dutch. After abortive attempts, the Dutch finally captured Tuticorin in 1649 and made it the Headquarters of the “Madura Coast”. Hostilities between the Dutch and the English forces during the 18th century took a heavy toll on this harbour town. The Dutch presence was subsequently subdued there after and in 1825, the English domination was established.